The crane turned up at 11am rather than at lunch time. I wasn’t early. The temperature at night had gone down to around zero and it took the small fan heater some time to heat up the boat in the morning. All the more reason to stay put in sleeping bag with hot coffee. A bit of a last-minute rush in the end to get the boat ready for take-off after I appeared bleary-eyed in the cockpit and discovered the crane had arrived. Ah, well…The crane driver and marina guys did a sterling job and Blue Dove was back in the water in no time.

Blue Dove is the first private boat in the water here. Navigation has not started yet. That means that technically you are not yet allowed to leave port. There can still be ice floating in Ladoga.

Now I have to think what to do with the supports which were especially built for Blue Dove to sit on in the winter. There is not even someone to give them to. Too few boats wintering (We talk a maximum of 15, mostly small run-abouts, owned by various public bodies). 34 Ft size Blue Dove plus Aries is huge here. I’ll talk to Andrey tomorrow who is the marina director. 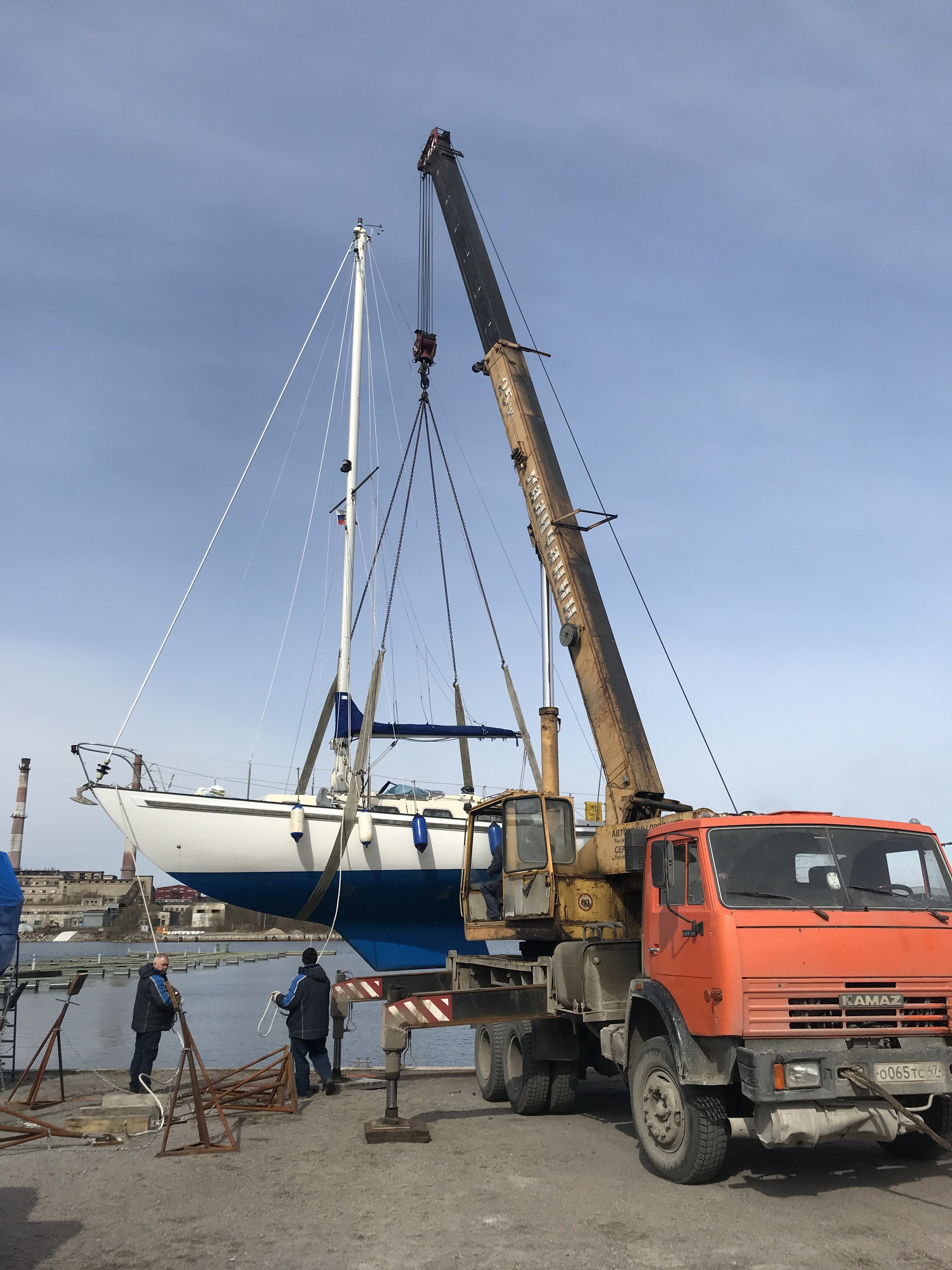 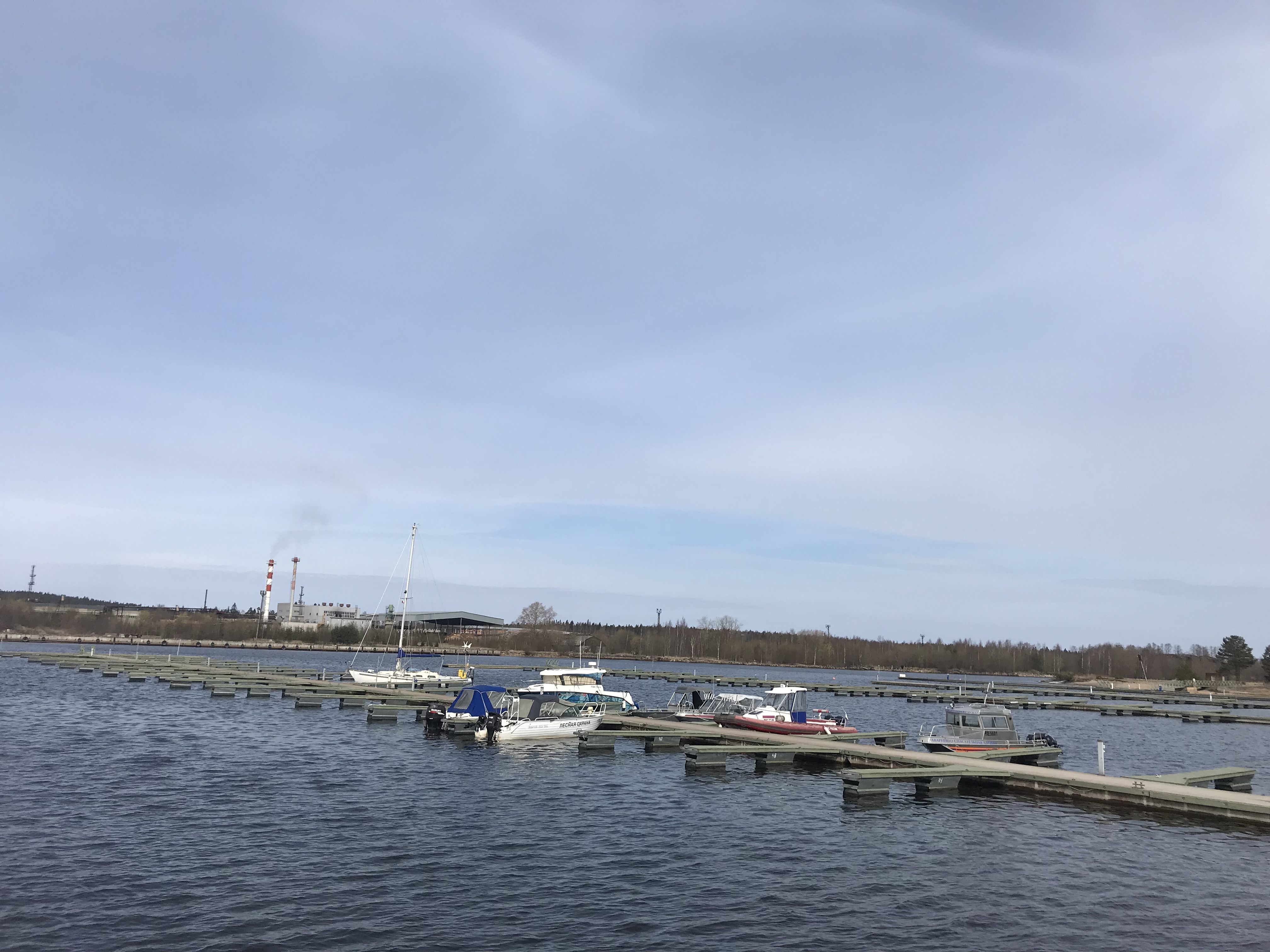