By Maxine Maters. Four more days in SPB, in Krestovskiy Marina. It is the usual with not terribly clean facilities and no water to bunker. But it had shore power and friendly marina people. It’s a tad far from the centre but so is any other marina here. At least it is quiet unlike the opposite River Marina. The closest restaurant, called Sunday, is next to the marina and the food is good. You’ll like especially it if you are into bling and cosmetic surgery.

First Bridget left for home, then Dirk too. Iain would stay on for the sailing to Tallinn. He even went shopping to make us a stew that would keep us going during our 175-ish nm. Wonderful to have crew with initiative and energy. In the meantime I had my laptop repaired which had packed in just as we were to leave Priozersk. Typical! The engine still needed servicing and so there were a few more things to do before we could leave.

Vladimir Ivankiv – our agent – dropped in for a chat. Was good to seeing him again. I mentioned that I would not mind to crew on boats that go through the Russian waterways. I don’t want to do more of it on my own boat. Skippering and tourleadering was perhaps a bit much.

Last evening for our departure, Russian Sergey arrived from Finland on his very well kitted out motor-sailor. Not my type of boat but you’ll be warm and comfortable in a gale. I think our pilot would agree. So many Russians winter their boat in Finland. Clearly they have never been to the great city of Priozersk. But if you insist on a heated hangar for your boat…..

Checking out of Russia (in Kronshtadt) was painless. They do go through the boat with cameras and film everything. As they did when we arrived last year. But all in a friendly and courteous manner. We were done in 30 minutes. Unlike in Azov, all those years ago.

Our sailing to Tallinn was both stormy and foggy. I might now finally remember what 20 m/s is in knots. Arriving in Tallinn in the dark was rather special. We had to wait for a ferry before we could go in. The ferry arrived as a spooky apparition out of the fog. The fog though was no match though for the bright harbour lights 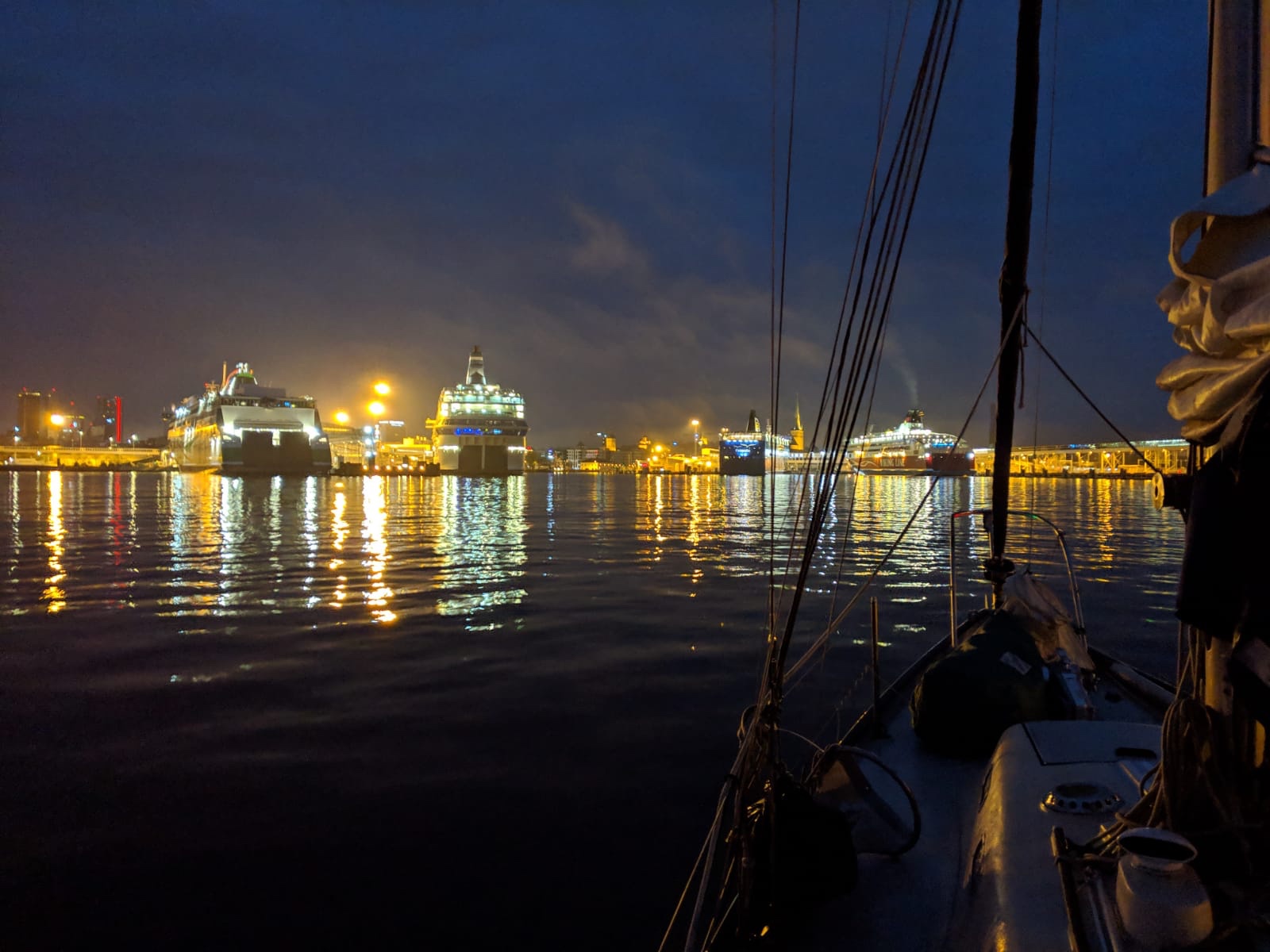 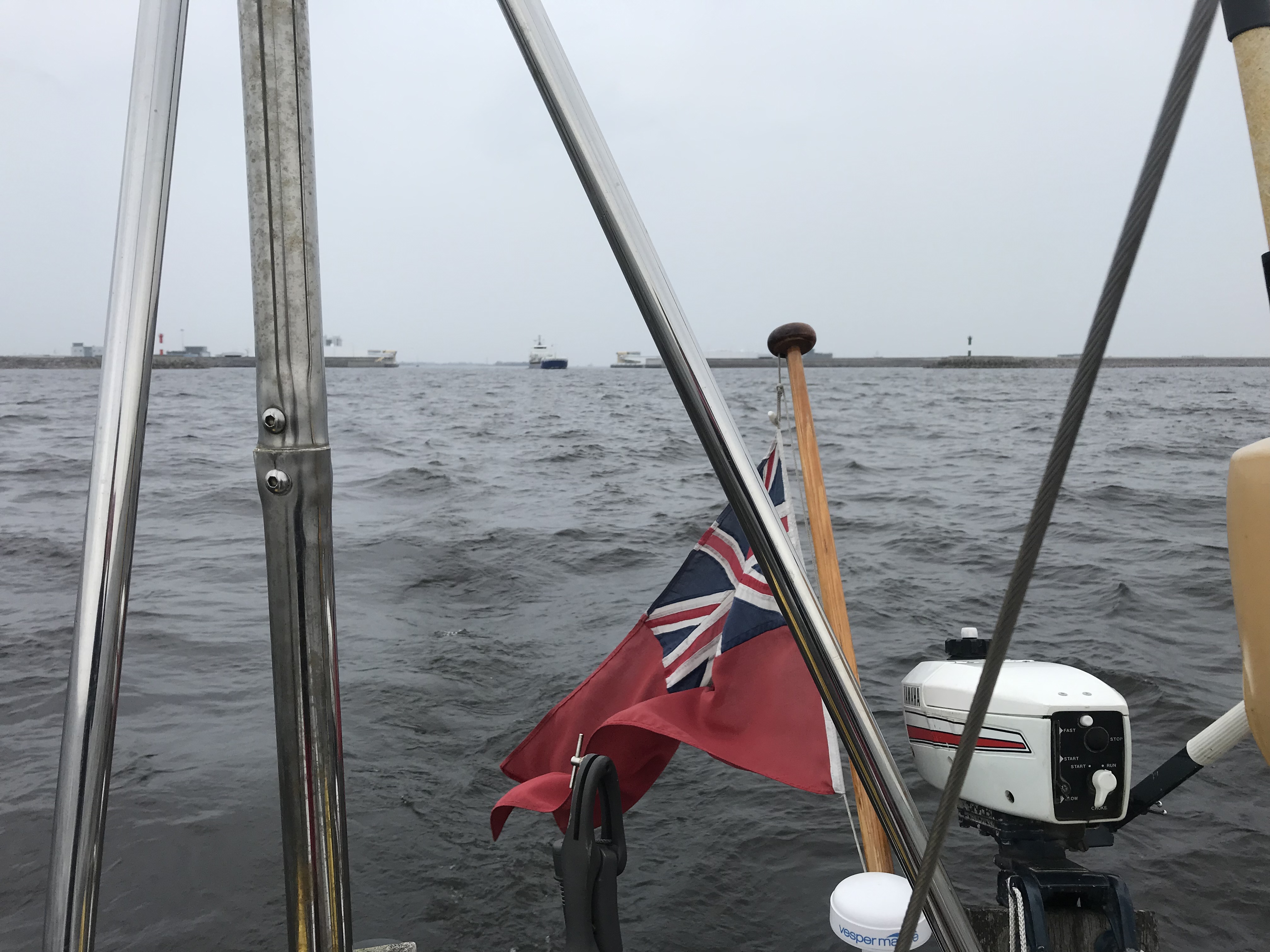 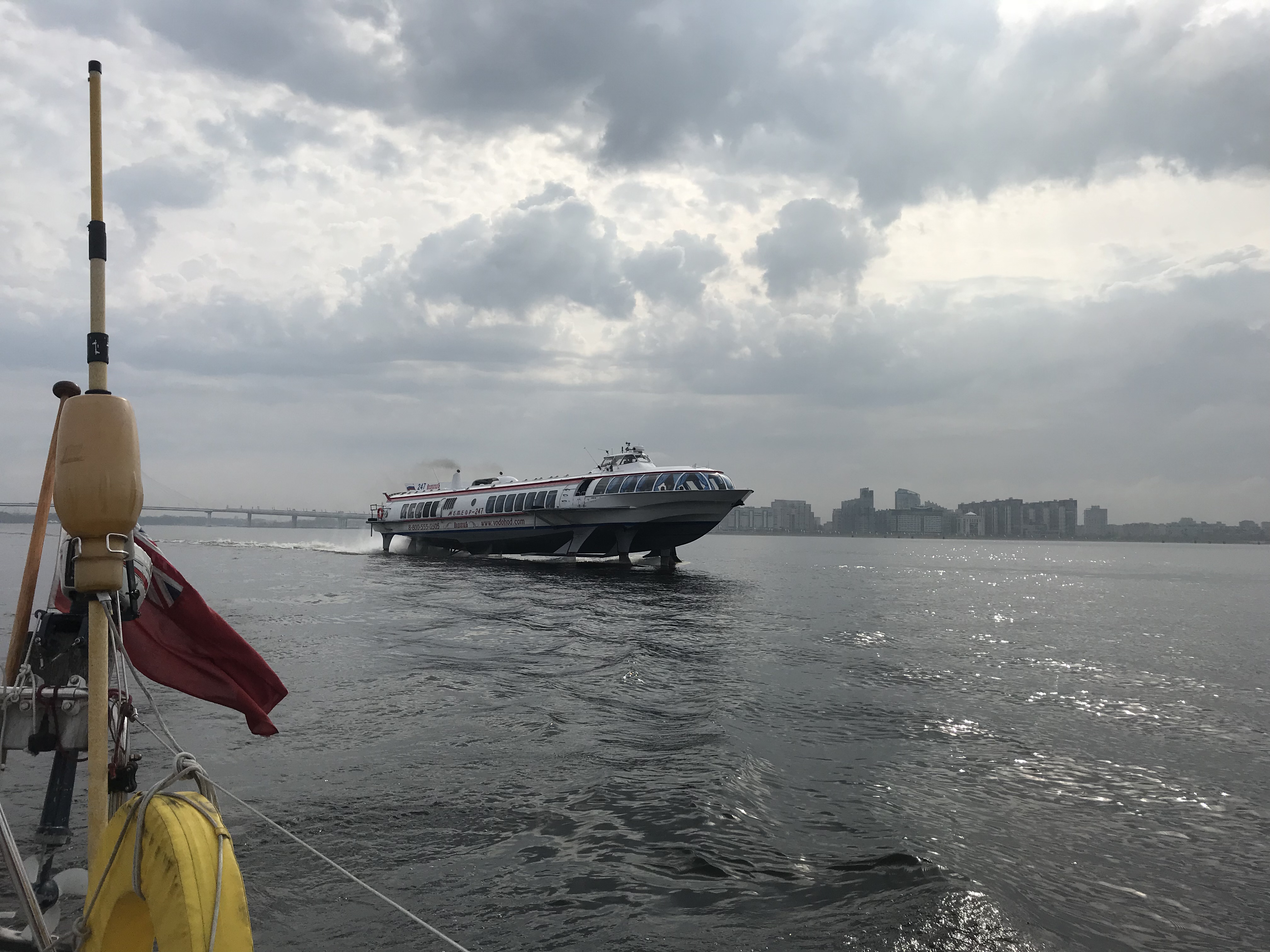 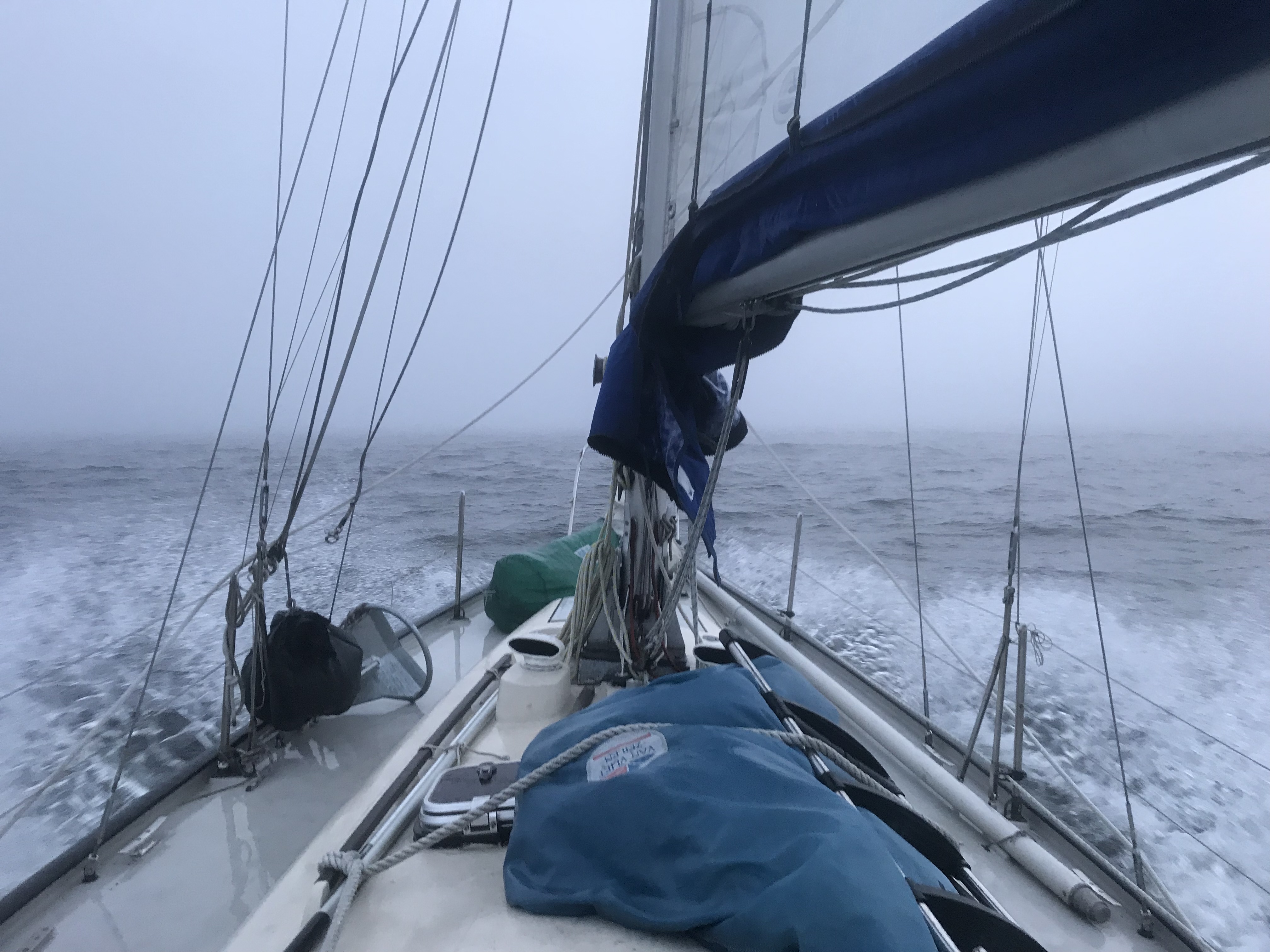 Fog. But at least the gale had died down